Mr Seivewright will also be conducting lessons with students at Tanglewood Music School this July.

Mr Peter Seivewright was born in Skipton, England, in 1954. His first advanced music studies were at Oxford and following graduation he spent three years at the Manchester-based Royal Northern College of Music under Ryszard Bakst. During his student years, Mr Seivewright achieved critical acclaim for his performance of the Richard Rodney Bennett Piano Concerto with an RNCM student orchestra.

Mr Seivewright gradually built his reputation, touring the U.K. and Europe, Asia and the Americas. By the mid-90’s, Mr Seivewright was internationally known, and in 1997-1998 he recorded Nielsen keyboard works for Naxos.

He made his Russian debut in 2003 with the Arkhangelsk Philharmonic, and in 2006, he appeared in both Beijing , China (performing Tchaikovsky’s first concerto) and Calcutta, India (performing BAch in D minor Conerto). In the new century, Mr Seivewright’s recordings have appeared with greater frequency, not least becuase the Galuppi cycle is projected to run in 10 discs. He was the first pianist to tackle all 90 sonatas by Baldassare Galuppi, a near-contemporary and stylistic cousin on Domenico Scarlatti, and Mr Seivewright is one of the most important artists dedicated to championing piano works of lesser known and contemporary composers. 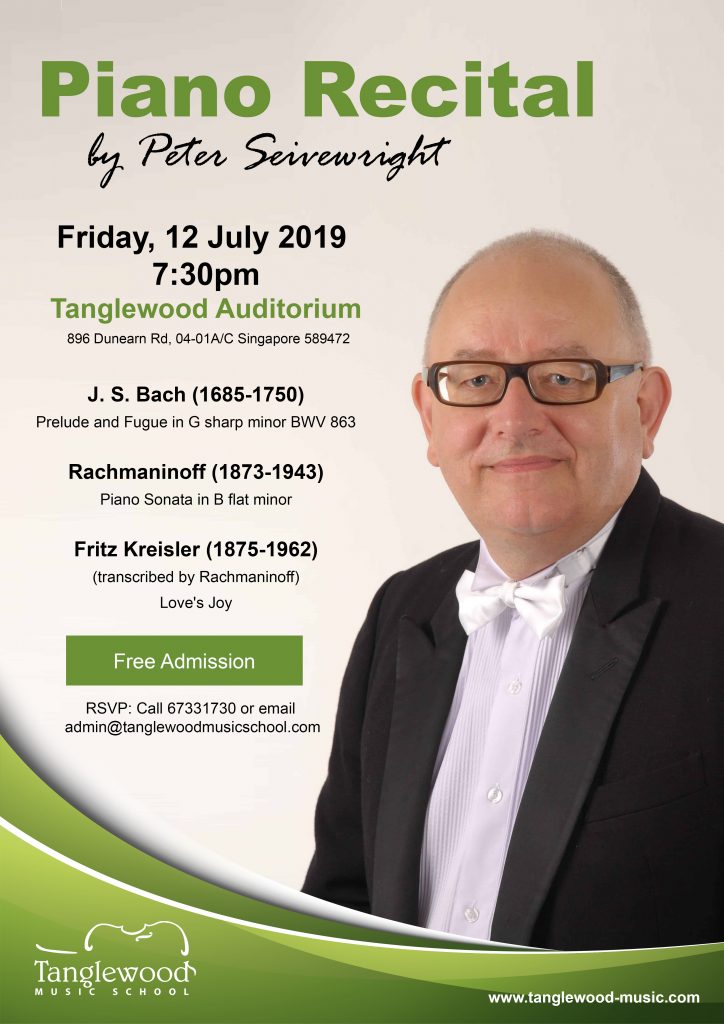